Scenes from the 4th

Hoping you all had a Happy Independence Day!

Occasionally I like to cook and get creative in the process. I found this recipe for a Patriotic Pie on Pinterest and decided to give it a try and it turned out great! You might have seen my picture before it went in the oven on Instagram or Facebook.

The recipe called for fresh blueberries, strawberries, and raspberries. I couldn't find fresh raspberries at the grocery store in town (that's a whole other story in itself) and I refused to use frozen ones, so I just added more strawberries. It still turned out great - yummy, juicy, tart, not too sweet, pretty, and patriotic!

Oh, and I didn't make my crust, but Jeff said it best "but you did roll that crust right out of the box and made the stars and stripes at home", so it was Home Made! That boys a keeper! I would definitely make this pie again - if it wasn't for the 4th, I'd probably mix all the fruit together and use a lattice top. It served up kind of messy, but I was able to dish out the blueberries and strawberries on each plate. Our family has decided that messy desserts taste the best anyways! 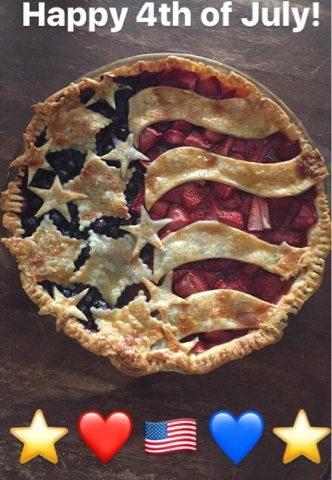 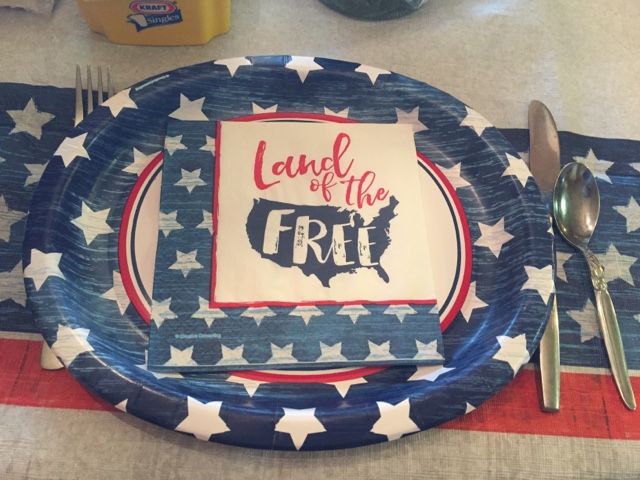 Jeff and his brother replace their mom's flag for her. 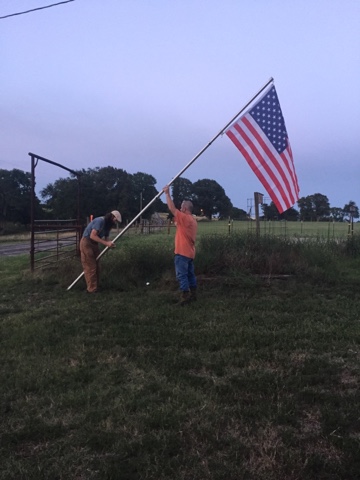 It was suppose to be supper and someone said "we will be home by dark." Ha! We had no idea that they were planning to pop some fireworks. If I had known, you can bet I would have taken my better camera and tripod, but I didn't, so here's a few pictures taken from my phone. 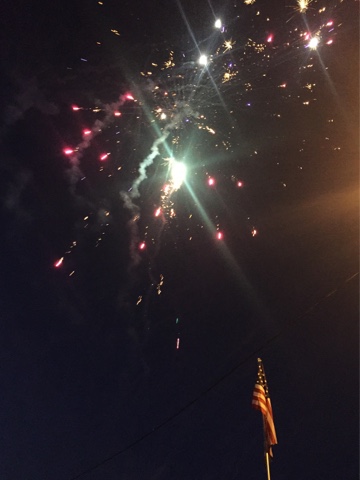 I love that I was able to get the new flag in a few of the firework pictures! 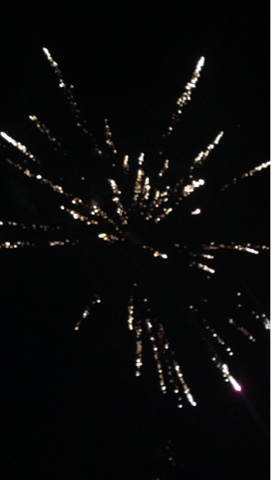 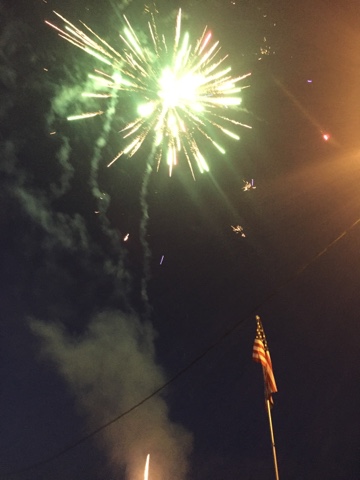 We had a good time and glad we got to spend some time with family on the fourth. 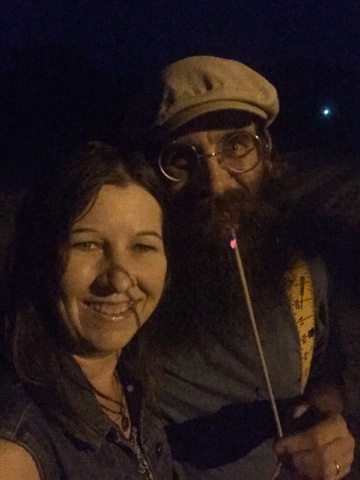 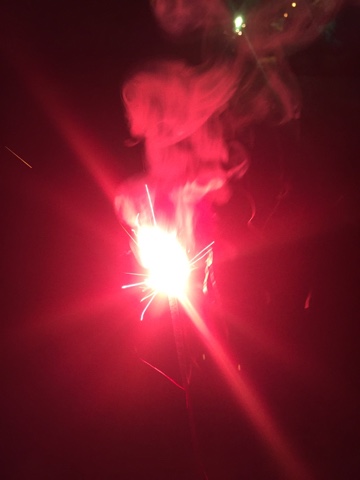 Posted by GypsyFarmGirl at 9:44 AM