A couple of years ago, I purchased this pair of rustic, fun palazzo pants at a garage sale. I had never worn anything like them before, but let me tell ya, I quickly fell in love with them! I can't go anywhere in them without getting compliments on my outfit and they are super comfy and as I like to call them my "sassy pants!"

So of course, I go to googling them for more similar pants and of course I find nothing, nada, zilchola... Sadness I tell ya, I find something I like and can't find another pair.

I think my friends and Jeff got tired of me complaining that I couldn't find another pair and they kept saying "Make your own." I avoided it for a long time, then I saw a tutorial for converting skirts to pants and I finally said "ok, I can do that!" 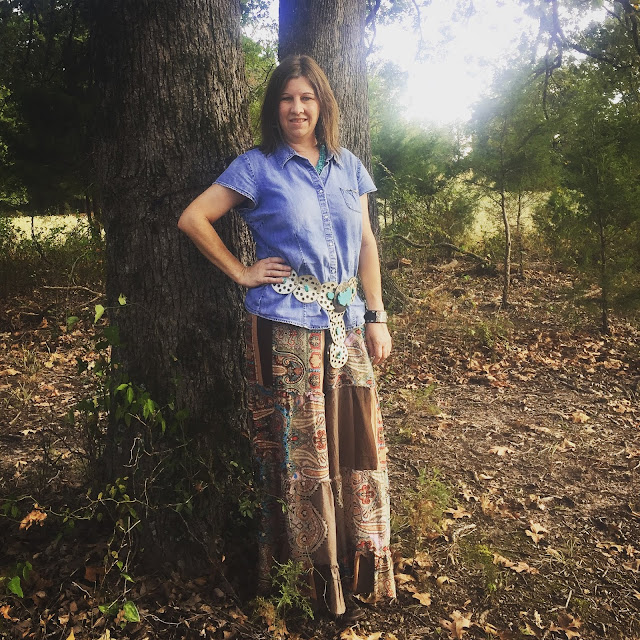 So let me introduce you to line of palazzo pants! I debuted these last month at the Mineola Antique Fair (where I photographed them) and now they are available in my etsy shop, so they can be shipped almost anywhere!

I also learned a new word this week:
culottes which means split skirt or any garment that "hangs like a skirt, but is actually pants."

Often when I'm wearing them, I get stopped and someone says "wait, it's pants... I thought you were wearing a skirt! Oh, I love them!" So yes, culottes is the best word to describe them.

So, without further ado, here's the ones I've recently made!

This pair is brown and have a frayed hem. My personal pair was way too long, so I simply cut them off and didn't hem them. They fray some with washing and I think it adds to the rustic charm of them. 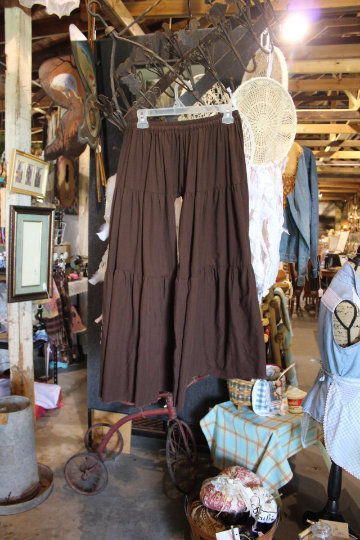 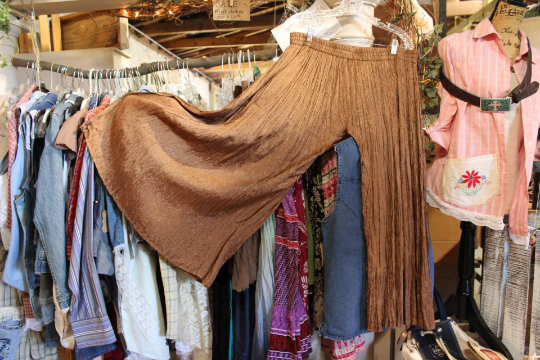 From Wikipedia: during the Victorian Era (mid- to late-nineteenth century European culture) long split skirts were developed for horseback riding so that women could sit astride a horse with a man's saddle rather than riding side-saddle. Horse-riding culottes for women were controversial because they were used to break a sexual taboo against women riding horses when they were expected to hide their lower limbs at all times. Later, split skirts were developed to provide women more freedom to do other activities as well, such as gardening, cleaning, bike riding, etc. and still look like one is wearing a skirt.

Denim culottes would be perfect for horseback riding! 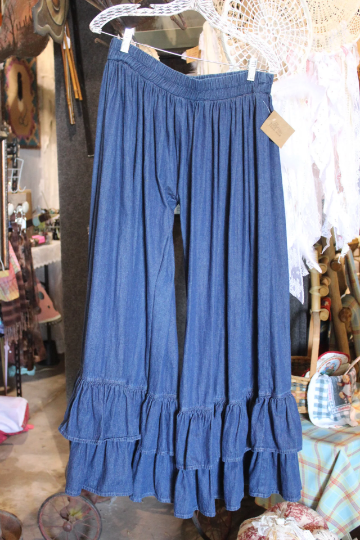 And to that I say "Don't be like the rest of them darlin'!" 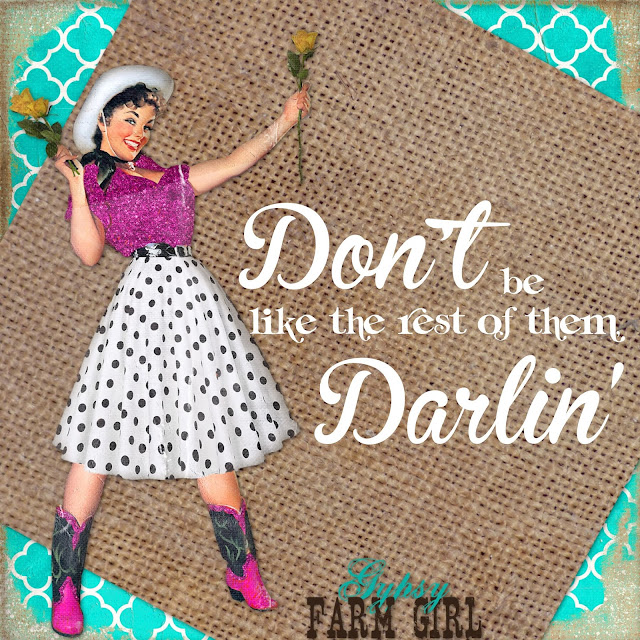 Ombre - this pair makes me think beach vibes / swim suit cover up / night out on the coast... 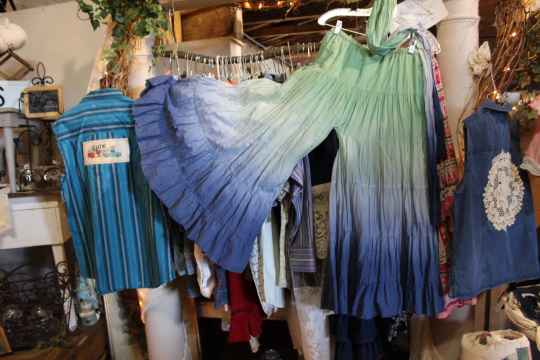 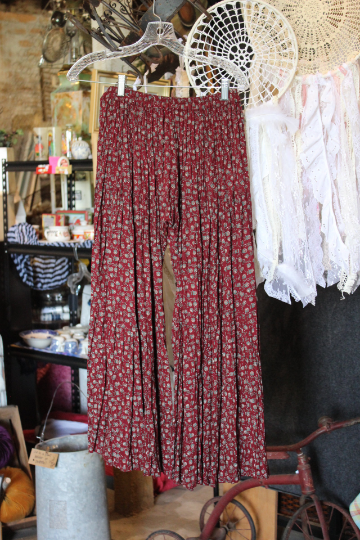 I've got several plus size pair of split skirts, including this pink and green print. 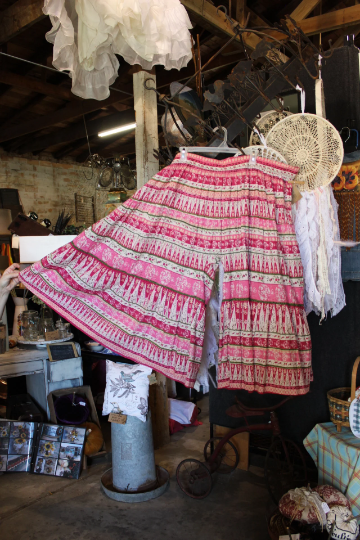 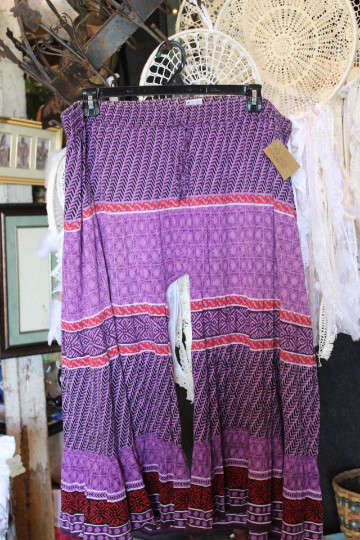 This tropical pair has hibiscus flowers and even a few sequins for some added pizzazz. 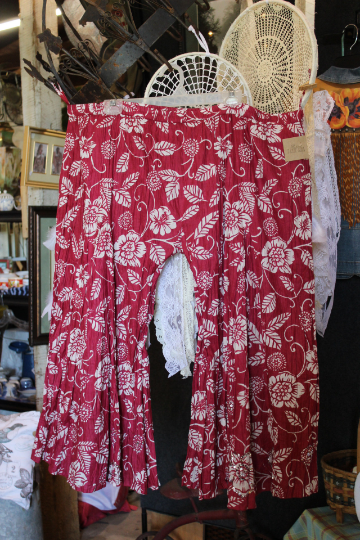 Teal is always a fun color! 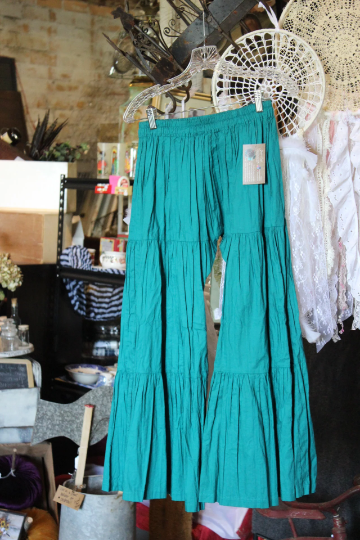 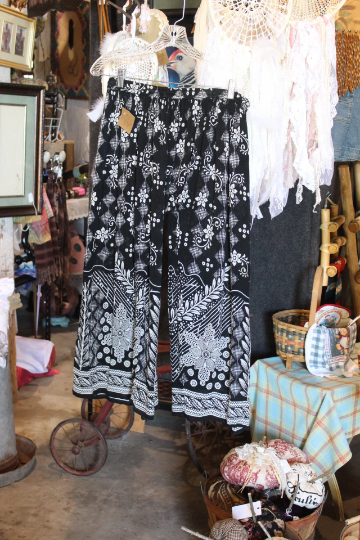 This pair of safari animal print capris can also be called gauchos trousers, since they are mid-calf length. 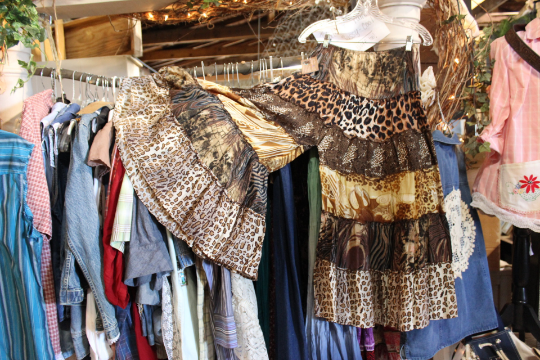 So these next two pair are super fun and oh so velvety! Full of texture and sass! These will be fun and unique to wear! 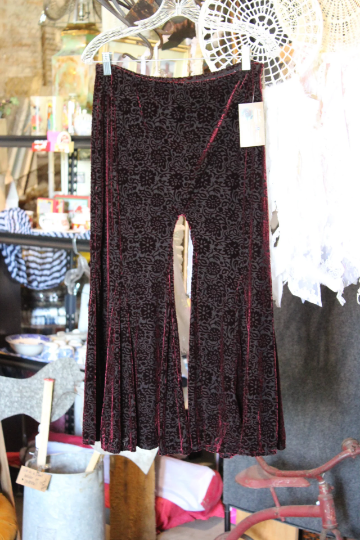 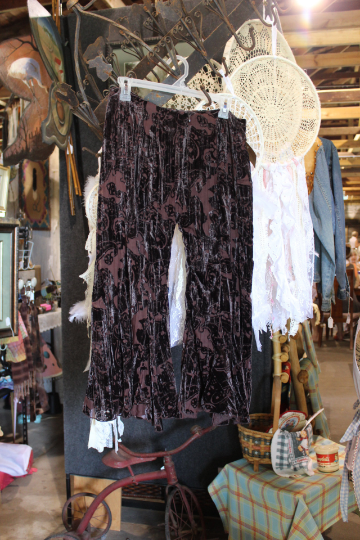 So whatcha think? Do you like or wear palazzo pants?

Find them all in my online shop with Free Shipping!
Posted by GypsyFarmGirl at 11:22 AM