Up, Up, and Away - Great Texas Balloon Race 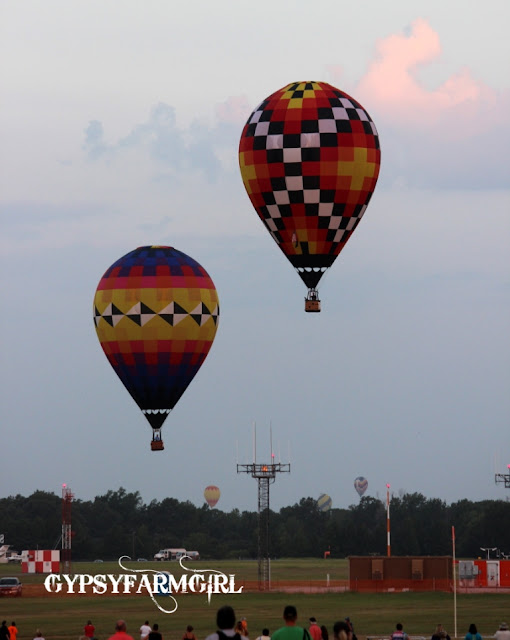 Last weekend we attended the Great Texas Balloon Race. Get ready for a photo heavy post! We have been to the balloon glow at night before, but never to the morning competition. See that white pole in the first picture? Its a 20 foot tall PVC pipe that the balloon pilots are trying to put a ring on. The balloons came across the airport grounds, dropped nearly to the ground trying to hit their target, then took off into the morning sunrise. 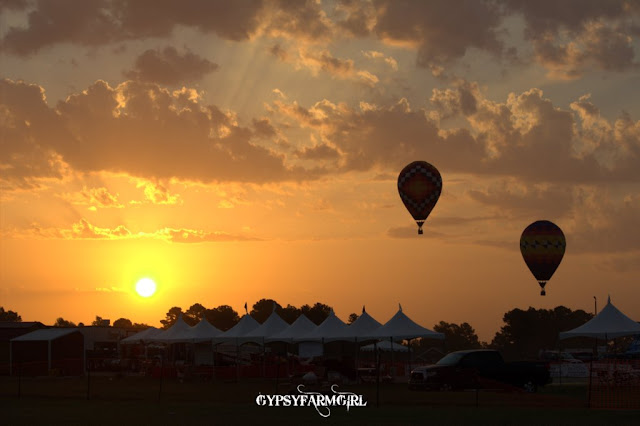 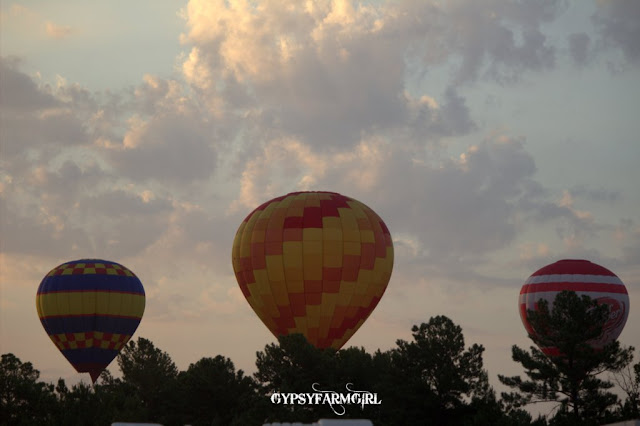 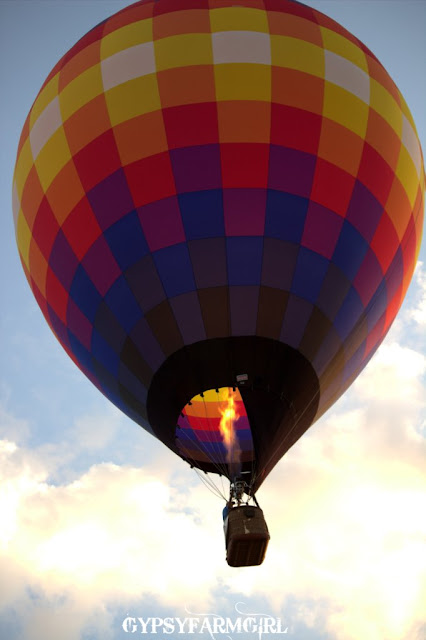 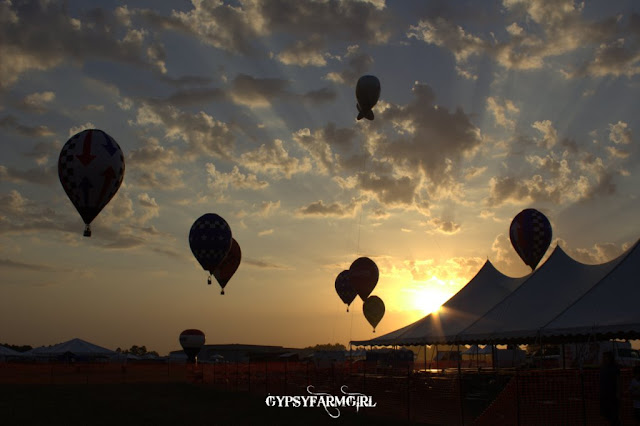 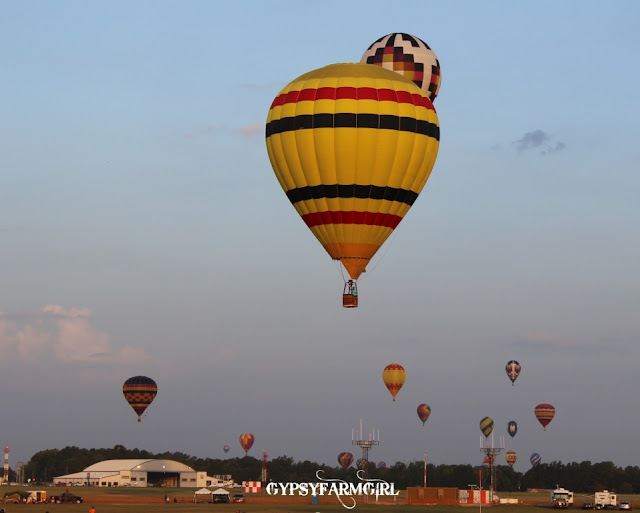 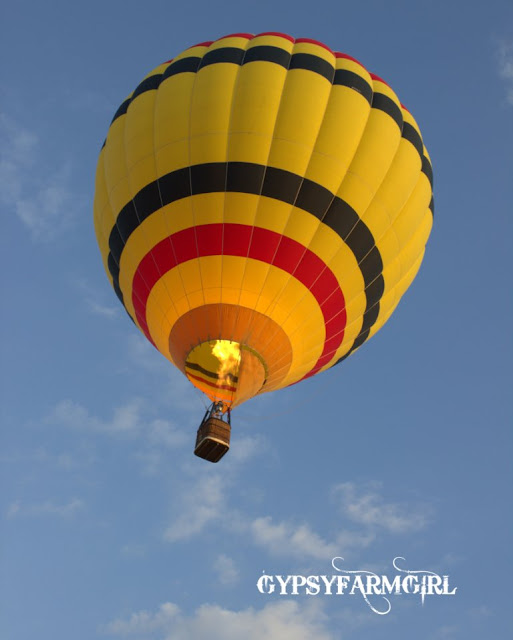 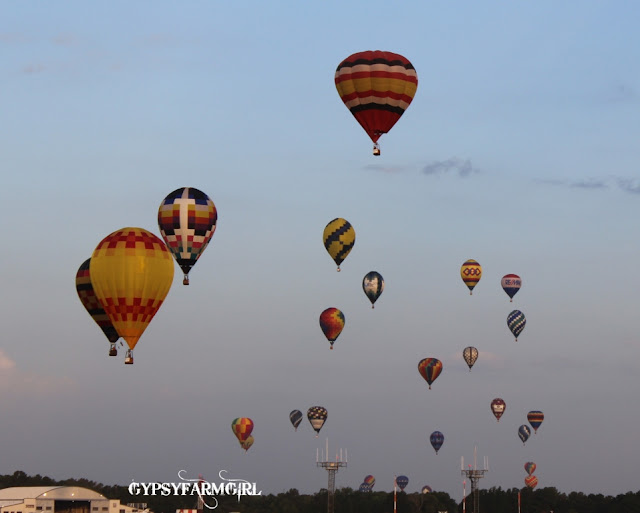 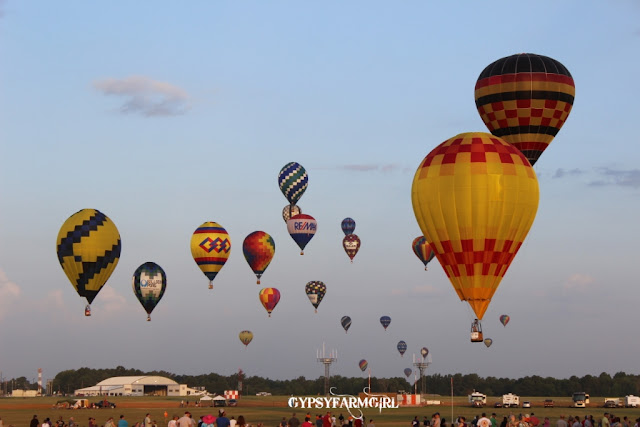 A total of nine balloons put their ring on the target over the course of a weeks competition. I think one or two out of this group hit a pay check. They also dropped a flag, hoping to get close to the mark. 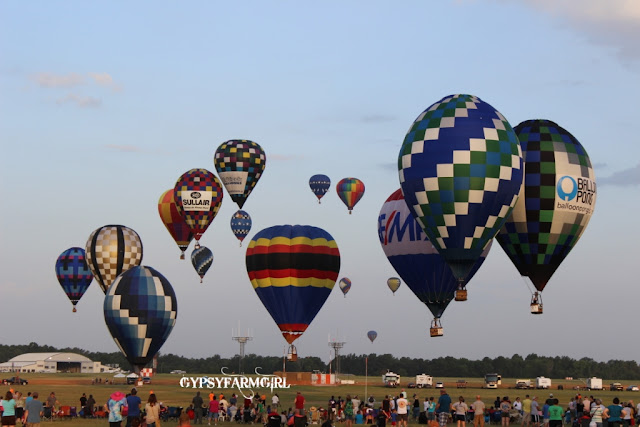 The Great Texas Balloon Race is held each July and is considered a great event and this year they even held the National competition. 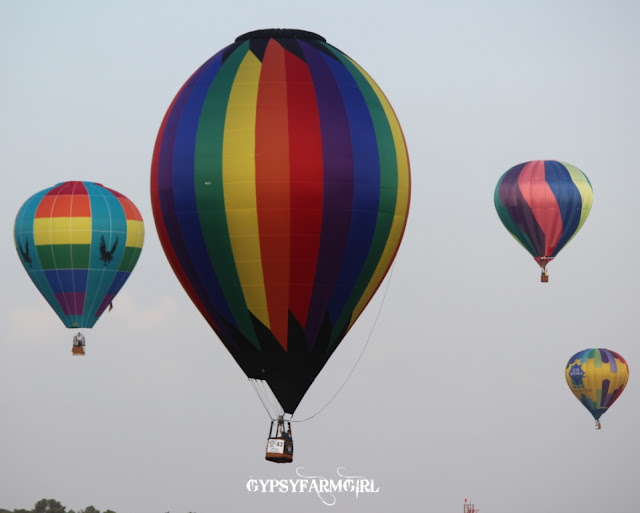 The balloons were suppose to fly three miles away from the airport and then return to the target location, but the winds did not cooperate and noone made it back. 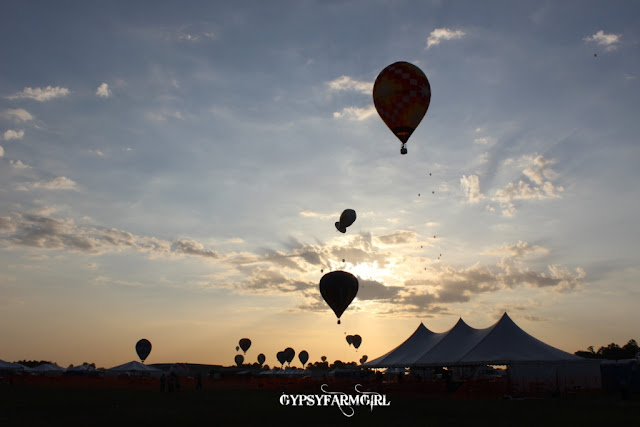 So what do you think? Have you ever road in a hot air balloon? I did once as a kid when our local community gas station held a grand opening ceremony - we got to go up and right back down.

Stay tuned for a few more pics of the special shape balloons that were on display.

Posted by GypsyFarmGirl at 11:01 AM