Christmas in the Gazebo

The Gazebo is now decorated for Christmas, so grab a cup of hot cocoa and let's take a tour!

While the Camper Christmas is a fun mix of trees with lots of pink and turquoise parked along the driveway, the gazebo is tucked in our yard and has a more traditional color scheme with red, white, black, and grey.

Natural greenery and berries, red trucks, a couple of fun gnomes, along with some buffalo plaid ribbon decorate the setting. Of course our rustic gazebo has plenty of galvanized buckets and containers, along with a dishpan snowman! 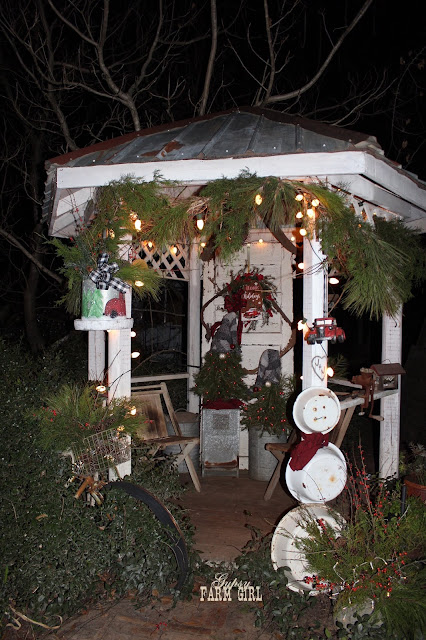 I painted a red truck with trees and snow on a old chicken feeder. I picked cedar, pine, berries, and pine cones at the farm and added it to the buckets and the grapevine garland. Once the holidays are past and the greenery dried out, it will go to the compost bin. 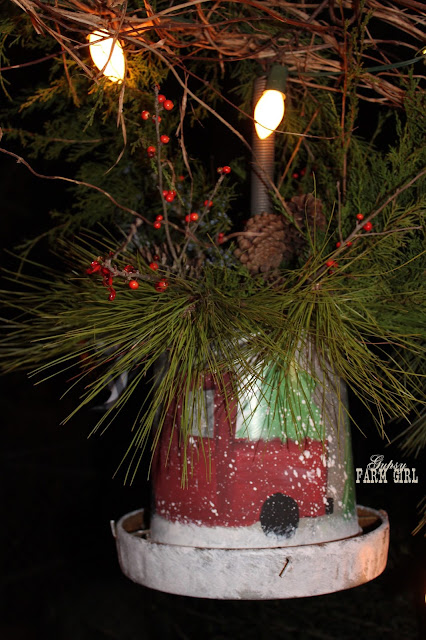 I had previously declared that I would never purchase used Christmas lights again, but I did. I found the old fashion big bulbs at the thrift store for $2 a strand. In my defense, several strings were still in the boxes. I did buy a couple of extra strings, in case I needed to change out a few bulbs.  I mean, $2 for this style lights is a steal of a deal! 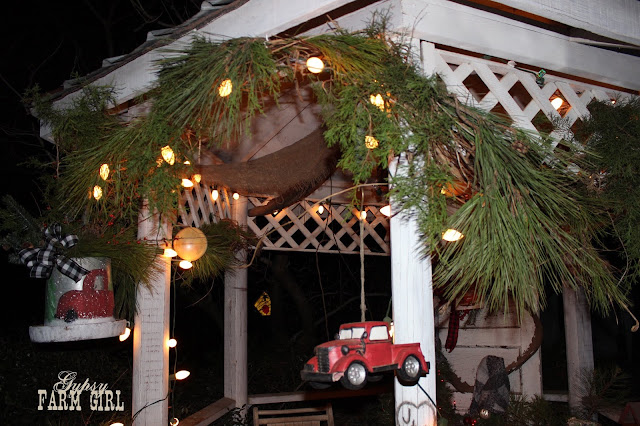 The youpon bushes are about to overtake the old bicycle. When I planted them, they were so small in 1 gallon containers - they sure have gotten big! By next spring, I may have to rescue the bike, until then, the basket on the front has more cut greenery and a string of solar lights. 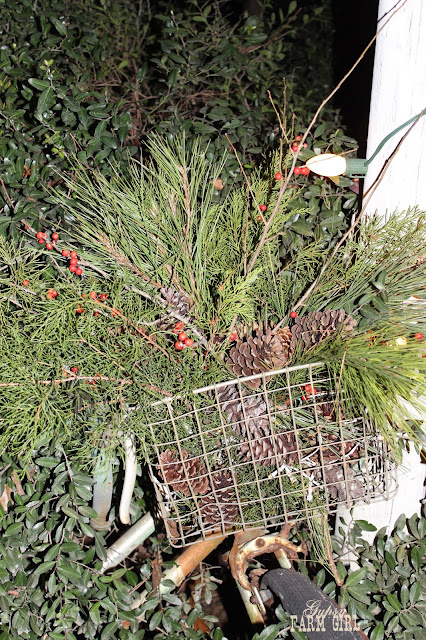 Mr. Dishpan Snowman has a plaid scarf and consist of 3 old enamel pans. The holes were already in the small pan and make the perfect face! 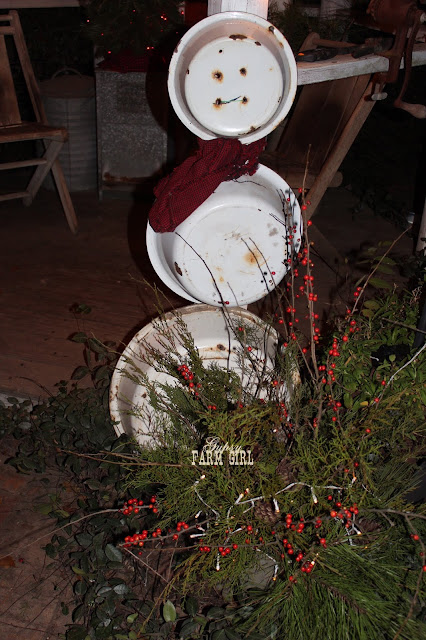 I had to make a few gnome trees! (You can find the tutorial on how I made the gnome trees, here.) 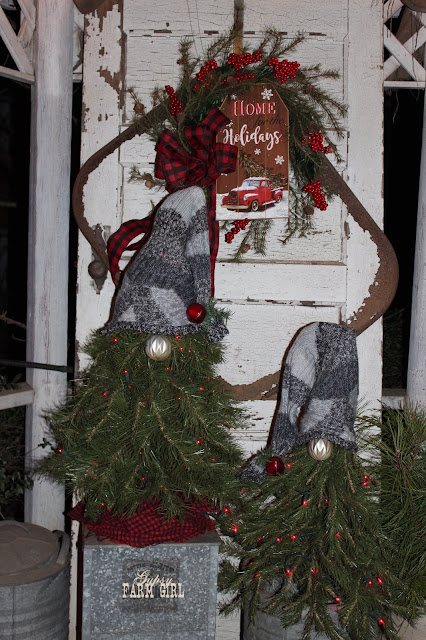 This red truck was a Christmas gift and is actually a bird feeder and house! In the past, I've had a cardinal family spend a lot of time in the gazebo and even raise their babies in the bushes beside it, so I'm hoping they come back to visit. 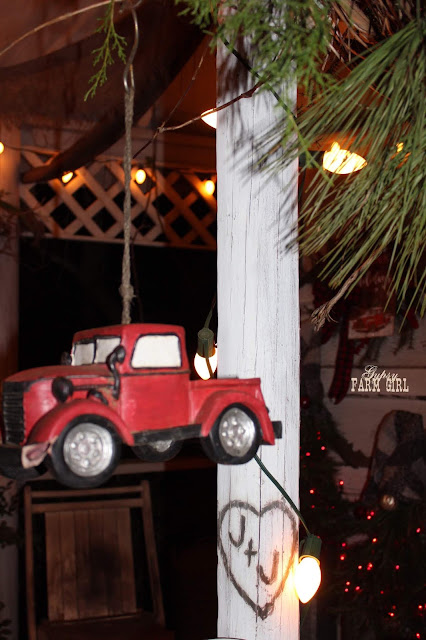 Posted by GypsyFarmGirl at 9:36 AM