Our recent travels have taken us down several country back roads and we noticed this woodpecker perched in this tree. Farmall Man backed up, so I could get a couple of pictures of the bird. 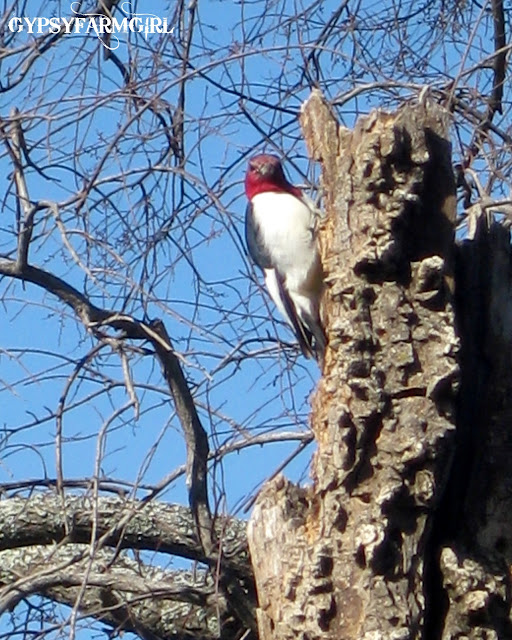 We passed by the same tree three days later and the woodpecker was in the same location, observing the area. 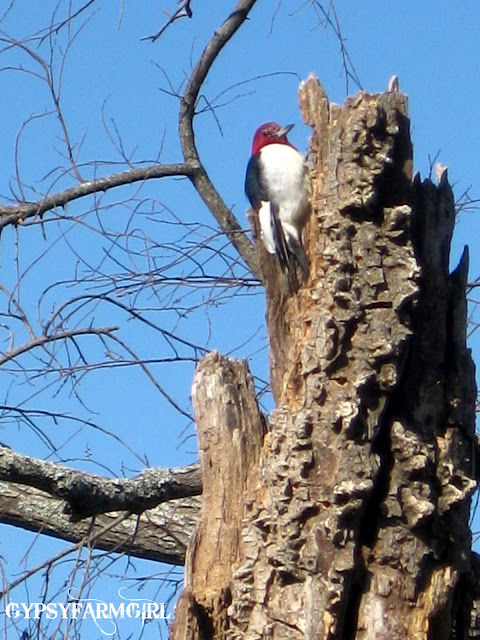 Last night on my way home, I was talking on the phone to Farmall Man when he ask me where I was at. I told him I was passing the woodpecker's tree and he knew exactly where I was at! This bird has now become a landmark!

Around our parts, we like to give directions by landmarks. I've taken lots of directions to the tune of:

"once you pass the big pine tree" (ummm this is East Texas, and we all have pine trees, yet I knew I had arrived at the right place, cause yes, it was a big pine tree!)

"just past the hay field" (hay is everywhere in the summer...err a typical summer anyways.)

"turn right and go two shakes of a pick-up truck" (had to bust out laughing after being told that one!)

The drug store and grocery store changed names years ago, but are still occasionally referred to by the previous name.

I could go on and on about land mark directions...Do you give directions by "go down to such and such place, cross the creek, go up the hill, round the curve, yada, yada, yada" or do you use exact road number and mileage for reference?  What's your favorite, funny directions?
Posted by GypsyFarmGirl at 9:54 AM

Email ThisBlogThis!Share to TwitterShare to FacebookShare to Pinterest
Labels: back roads, birds, photography