Pumpkins Made from Spools of Crochet Thread

A few weeks ago, we were out junkin' and I came across some spools of crochet thread. I immediately knew I wanted to make pumpkins out of the spools of thread. 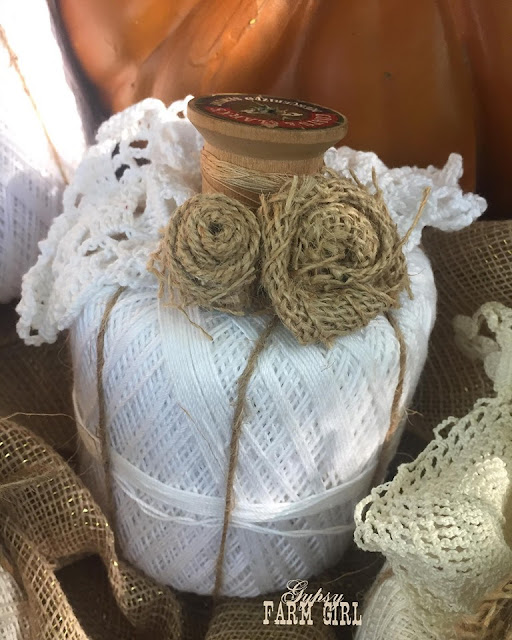 After getting home, I realized each spool had a started piece of work poked in the center of the spool, (most still attached.) 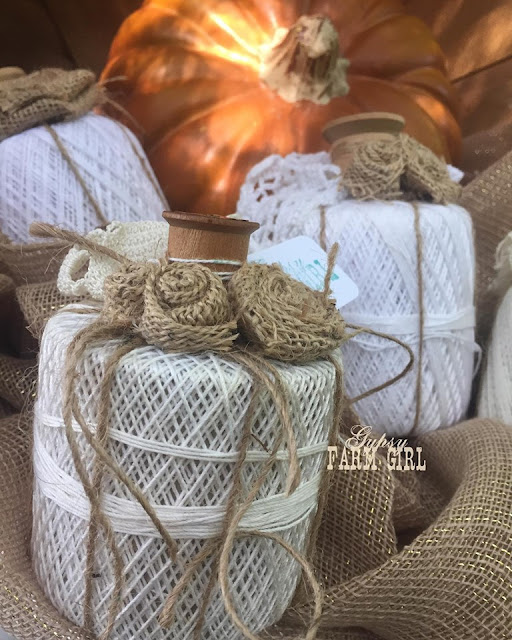 One even had the ladies needle in there. So the sewing became the leaves on the pumpkins and the needle became the stem on one. 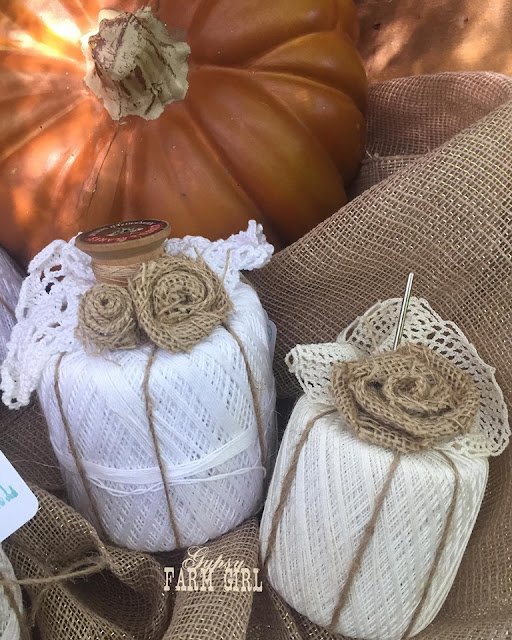 I had a random bag of sewing things that I had picked up at an estate sale last year, which included several wooden thread spools, so I decided to use them as the stems of the pumpkins, then I added some burlap flowers. 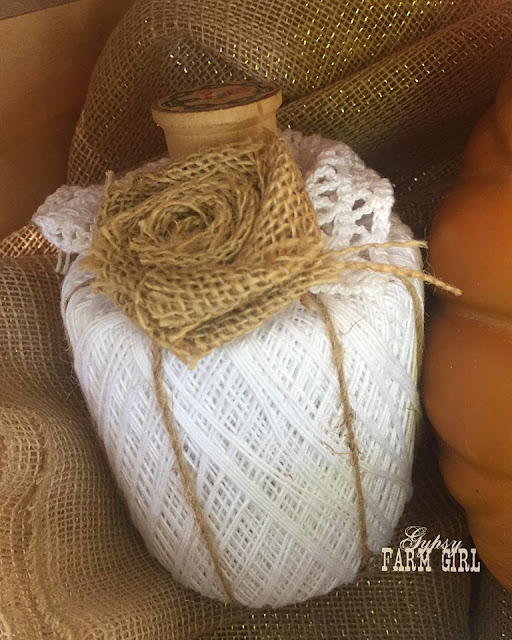 Looking back, it was an older man and most likely his daughter working the garage sale. I’m thinking these were started projects left by his wife and her mother. While I can’t complete her sewing or know her vision for these, I did make something new with what she had, without discarding what was started. 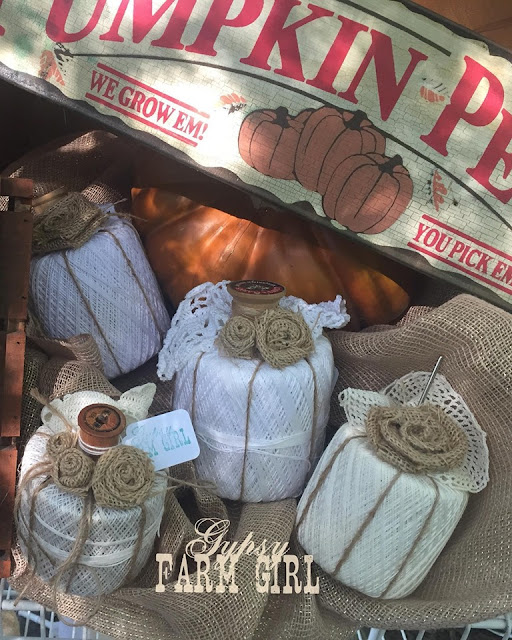 While I'm considering them pumpkins, they could really just be decoration in someone's sewing room all year long. They certainly remind me of my Grandmama's house and days gone by...

Posted by GypsyFarmGirl at 11:03 PM