Christmas in the Gazebo

Grab a cup of coffee and pull up a chair for a tour of our gazebo decorated for Christmas!

Once again, everything is rustic, rescued, and repurposed.
The decor took on a very natural / garden / flea market style theme this year. 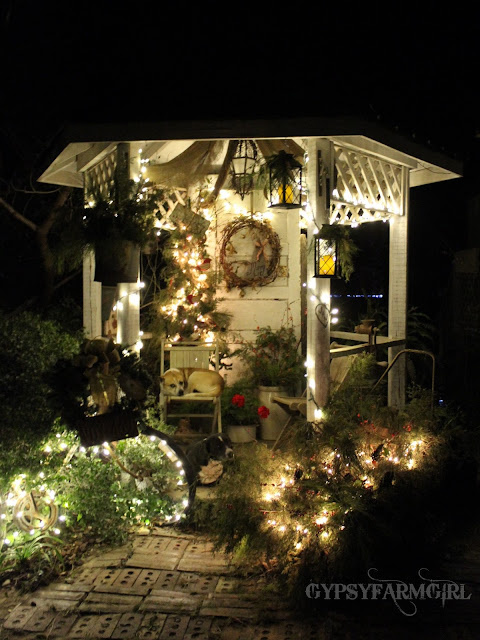 If you have a few minutes, you can watch my video, as I show you around the gazebo or you can scroll down to see more pictures. I attempted to do a live Facebook video, but the lighting just didn't work out correctly. Wish I could have chatted with everyone as I was videoing...


I used objects that were all found or taken from nature. I gathered pine, cedar, twigs, berries, and pine cones from the farm. I trimmed limbs that stuck out in the paths (as in nearly scratch the truck as you drove through the gates) and added them to a artificial tree and adorned many other objects with the fresh greens. After Christmas, I'll add all the branches to the compost bin. 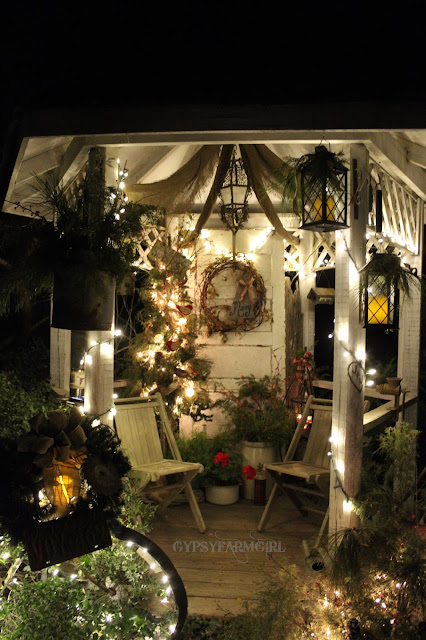 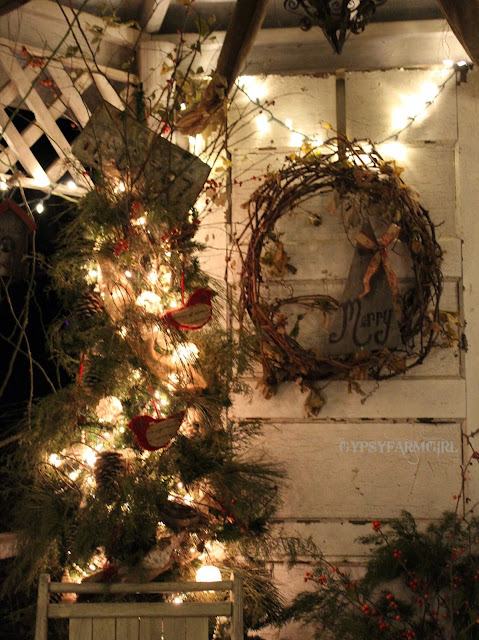 A twiggy tree top! Instead of glittery ting and branches like some use, I preferred to use sticks and berries for a nature theme. 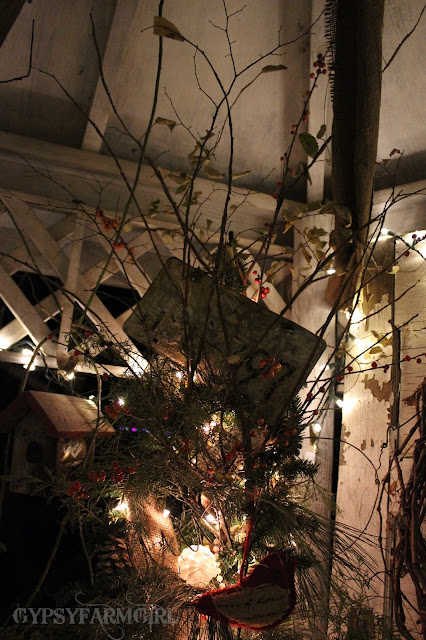 After we got the gazebo, I purchased 3 bushes in small, one gallon containers (because I was on an extreme budget.)  It's hard to believe just how big those little bushes have grown! The bicycle used to sit way out in front of them - now the bush grows through the bike. The lily that is in front of the bike was gifted to me by my mail lady. 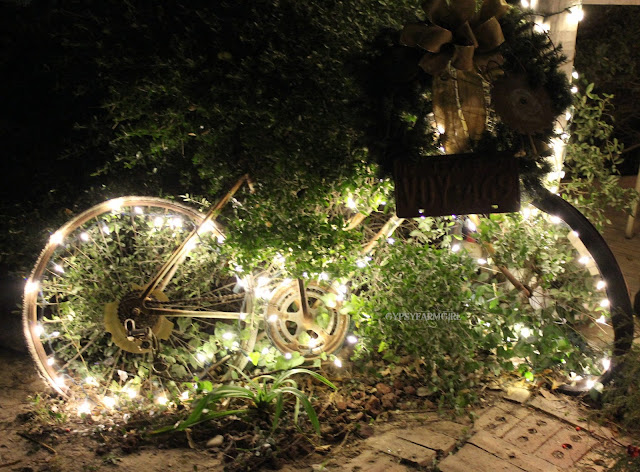 Now for a few daylight pictures, so you can see some different details. 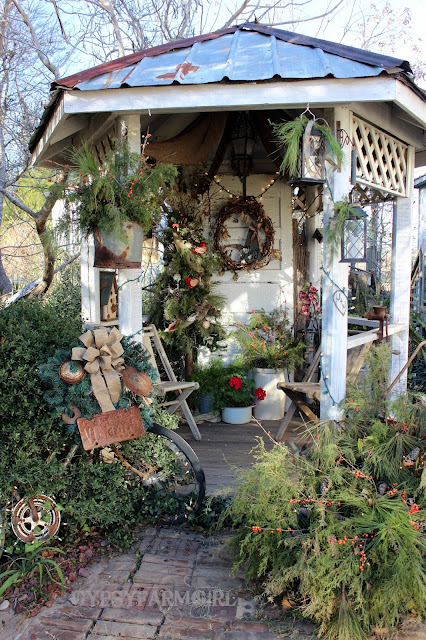 When I was delivering Thanksgiving flowers, one of my sweet friends gifted me some fresh grapevine they had trimmed from their yard. I decided to hang it on the door and then nestled in the Christmas tin sign. 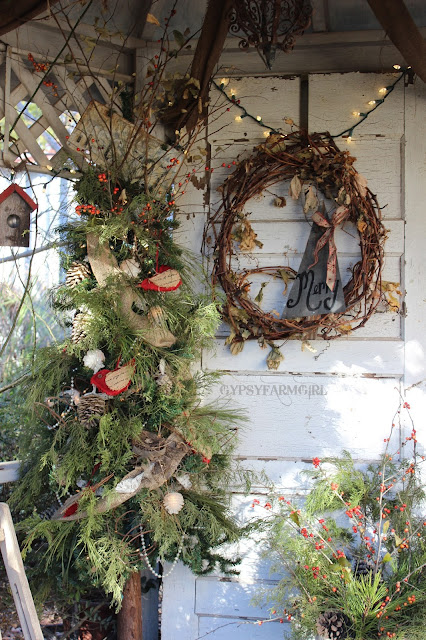 I found this candle stand while out junkin' recently and decided it would go on the gazebo for the time being. 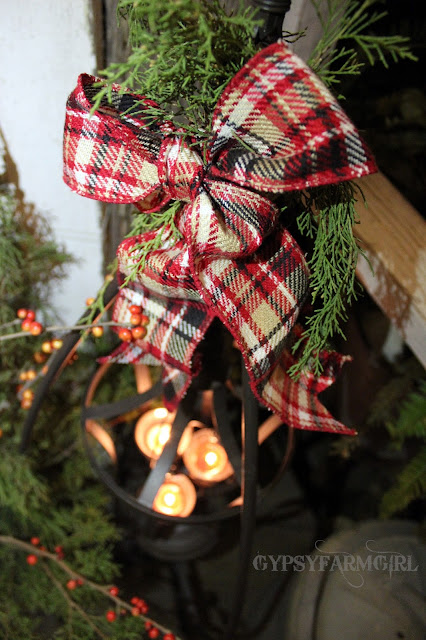 I loved this metal scroll work fixture for a long time and decided to hang it up this summer. 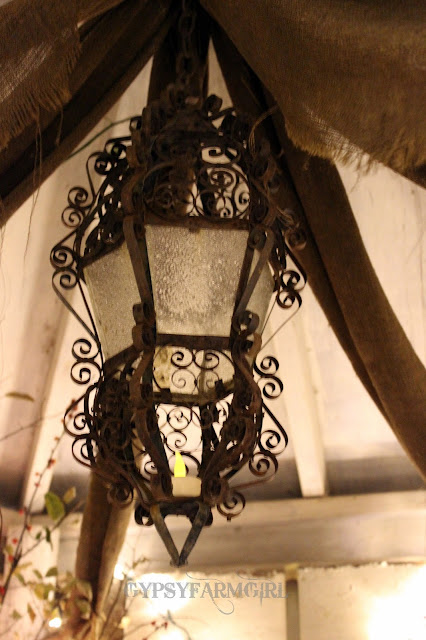 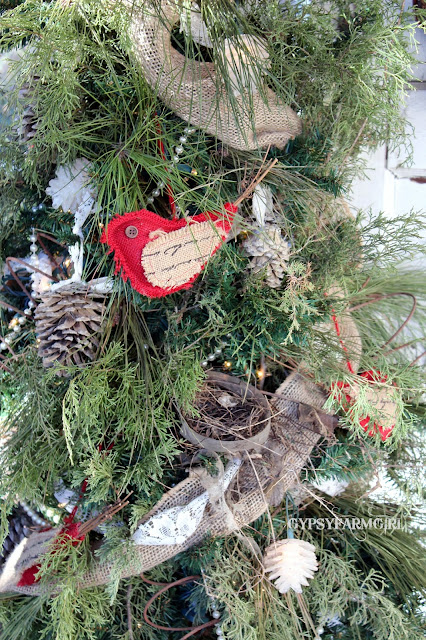 Now, if you recall, last year I had an upside down Christmas tree hanging where that rustic fixture is now and I had a cardinal the would stay in the tree every night. (click the link to read about it.) The red bird family went on to raise babies in the bush beside the gazebo. That's their little nest tucked in the Christmas tree! I've had the red burlap birds for several years and decided they should go on this years tree. 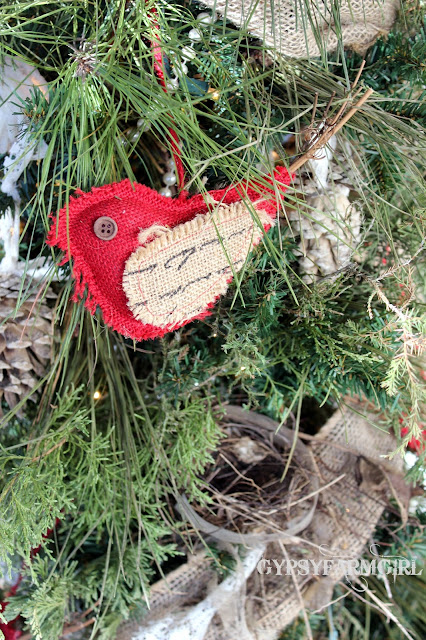 The handy hauler has a load of fresh Christmas greens and berries. 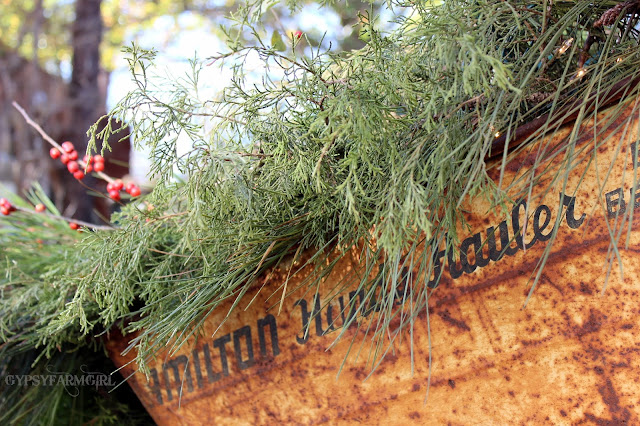 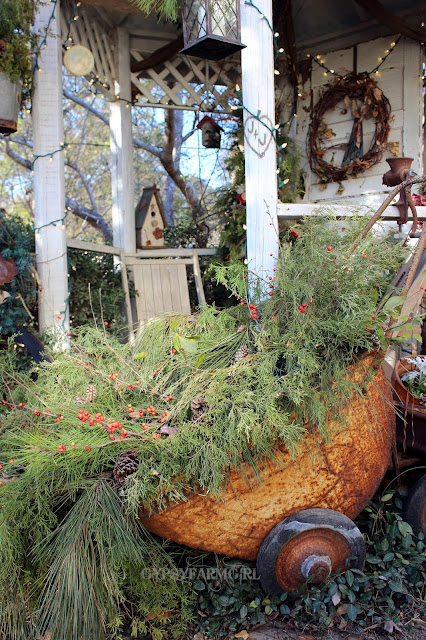 The bottomless rusty bucket - it still has the original flower pot wired inside it from when I did the how to post several years ago. There's still some herbs left in the pot from this summer and I just added the cut branches into the potting soil. 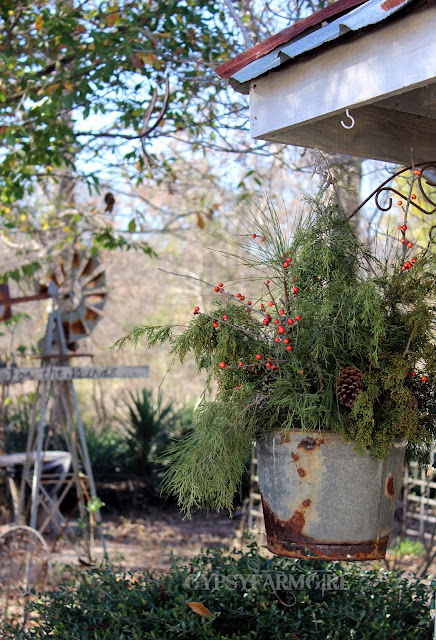 My rusty, junky wreath from years past returned again and graces the front of the bicycle. 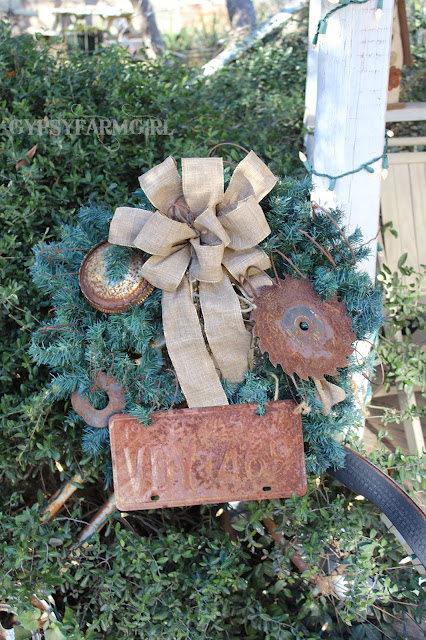 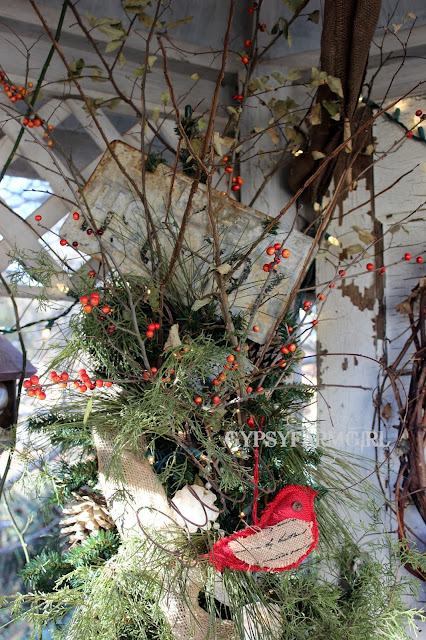 So there you have a tour of our rustic gazebo.

What is your favorite part?

P.S. Stay tuned, as I plan to share another video and details from my glamper Christmas!
Posted by GypsyFarmGirl at 4:16 PM